A well-known local Lake Tahoe welder and metal fabricator, Mike Fox acquired Strands of History at the beginning of September, 2021.  He brings nearly 20 years of experience working with metal and a great deal of talent to the creation and expansion of the Strands of History portfolio.

When he took ownership of the business and these historical suspender ropes, his philosophy was to create something beautiful, inspired, functional, and enduring. The memento pieces are iconic yet straightforward experiential display works. He wants the furniture and interior design pieces to have architectonic flourishes reminiscent of the engineering and design found on the Golden Gate Bridge.
He will continue to work with talented people like Andy Cline (Roundwood Furniture) and Jesse and Aaron Bushey (Bushey Ironworks), as well as other collaborators. Both groups are well-known in the Tahoe area and beyond for their innovative designs and attention to detail. 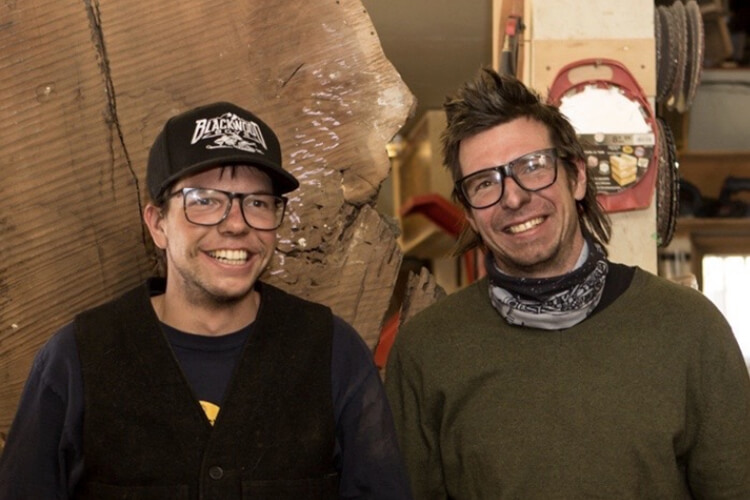 Jesse Bushey and his brother Aaron Bushey have transformed the salvaged steel ropes into statement pieces. Both brothers were introduced to blacksmithing in their home state of Vermont. They took separate paths to learn the trade, pursuing lessons from expert smiths across the US and Europe. In 2010, Jesse and a partner struck out on their forming Striker Forge. When Aaron arrived in California in 2012, he joined the team at Striker Forge and in 2017 they created Bushey Ironworks.

The Busheys worked on significant projects such as the Four Seasons hotel in Aman, Jordan, to the multitude of Tahoe houses they have adorned with a wide array of ironwork styles. Architects and designers seek out Bushey Ironworks for their ability to manipulate steel into something that is both functional and beautiful. Jesse and Aaron recently put their blacksmithing art to the test in the Austin Blacksmithing Contest, where they took first place. Their innovative designs are diverse and perfectly detailed. Visit their website at busheyironworks.com 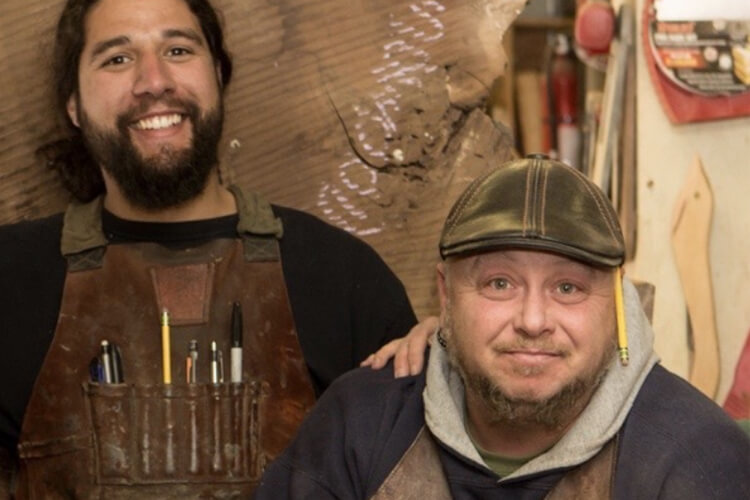 Andy Cline opened his own company Roundwood Furniture in 2000. With over 60,000 hours dedicated to learning and developing his craft, Cline has achieved mastery status in his work. Cline ensures that the wood is either eco-harvested, sustainably grown, or indigenous to the United States in selecting wood for a project. Cline prefers to let the wood “speak for itself” and not use any stain or grain enhancers. Cline’s first move was to set the tone of the collaboration by suggesting Claro-walnut for its inherent beauty as the grain cascade waterfall seen on edge mimics the flow of the wire ropes. The fact that the suspender ropes and the walnut are about the same age (over 80 years old) adds to the tables’ appeal as it brings together two rare materials. Subsequent designs have benefitted from Cline’s extensive knowledge and deep appreciation for wood species and their character to a structure. Visit Cline’s website at roundwoodfurniture.com